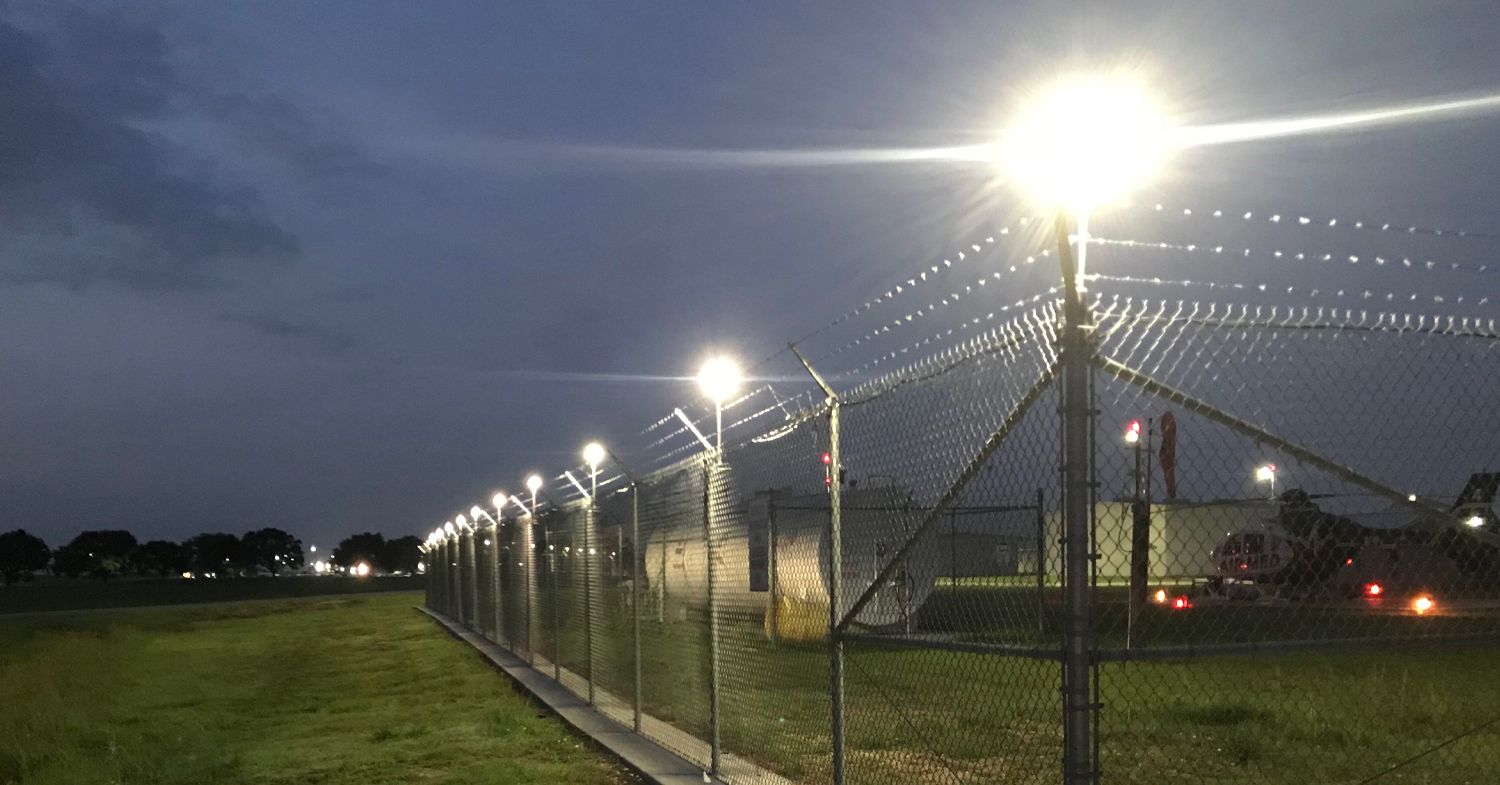 Protection and security is the prime concern for all the premises and properties. The use of PIDS security ensures the protection of buildings and premises. The term PIDS stands for Perimeter Intrusion Detection Systems. These are integrated sensors or full-fledge detection systems that monitor the perimeters and prevent the occurrence of any possible intrusion.
PIDS security is all around us. We pass through these sensors almost on a daily basis. PIDS along with effective perimeter lighting, like CAST Perimeter Lights can help you achieve a secure perimeter. Let’s take a look at some of the applications of PIDS.

The growing threats of school shootings call for robust PIDS security. Many institutes have started using PIDS to safeguard their premises. Using PIDS around schools and other educational institutes significantly reduce the threat of active shooters. In addition to that, an intruder will be seen long before he enters the premises, so timely action can be taken against him.

Secondly, areas that require a high-level of security are military bases. The use of PIDS security in such bases prevents the entry of unauthorized personnel. Its application along with the access control system gives rise to a robust protection system.
In addition to that, another type of premises that falls under the same category is border security. The use of PIDS security prevents illegal access and immigration along the country's borders. Integrate your PIDS with robust perimeter lighting solutions for top-class security.

Thirdly, nuclear reactors and power stations are also highly sensitive areas. The sole purpose of the installation of PIDS in such areas is not just protection but the accidental breaches and border-crossing are also preventable through the deployment of a robust security system. In addition to that, the general public can also be kept out of the locations that pose health risks and hazards. Effective perimeter lights and robust PIDS can help keep these facilities secure.

To ensure the streamlined working of a government, a robust security system is a must.  PIDS can prevent mischievous attacks on confidential locations and agencies. Possible threats of leaking information to the enemy and access to important codes and passwords are also prevented. Combine your PIDS with perimeter lights to achieve maximal results.

One general application of PIDS is its implementation in private properties. Perimeter Intrusion Detection Systems also protect remote locations and far off important areas. Additionally, it also decreases the chance of property loss and illegal occupancy.

The threat of possible intrusion is also significant when it comes to industrial areas and multi-national companies. The data and products both need protection from the possibility of theft and robbery. Implementation of a strong PIDS with effective perimeter lighting can secure your premises and decrease the chances of such theft.

LastlyWith the covid 19 pandemic, many employees are working at home and leaving the office and business unattended.  Criminals know this and have become more active in breaking in, stealing easy things like your inventory outside and thousands of dollars are being lost. With the addition of perimeter lighting and a strong security system with cameras, the threat decreases expotentially.

PIDS security has a wide range of applications. These security systems are used both for commercial and domestic purposes. They are responsible for sending out timely alerts and minimize the threats of possible intrusion.

CAST Lighting brings robust perimeter lighting solutions to pair up with your PIDS. We offer low-voltage, low-cost, and easy-maintenance lighting products and accessories to help you have a secure perimeter because if it’s not lit, it’s not secure.

5 Things you need to know about Intrusion perimeter protection