In 2016, there were an estimated 1.5 million burglaries in the US, according to the most recent FBI crime report. While this is a 4.6 percent decrease from 2015, the number is still alarming—a number that  you as a homeowner should be aware of to better protect your house, assets, and family. 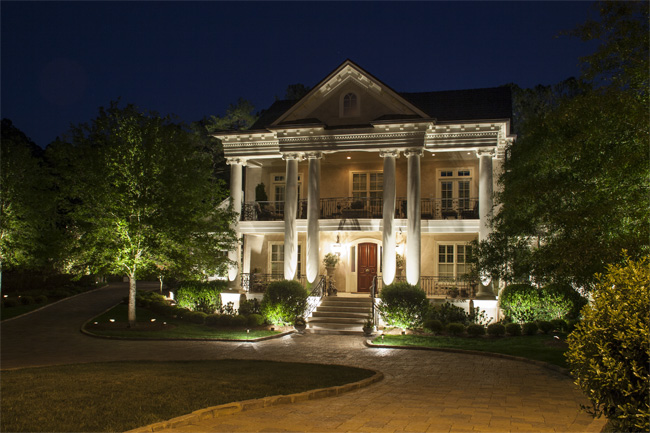 The good news is, the more educated you are, the better you can can prepare. So, in this blog we have compiled seven surprising facts about home burglary every homeowner should know as well as seven tips on prevention. 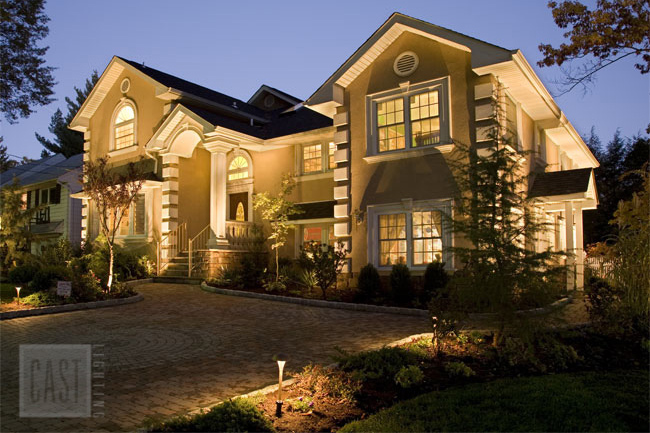 Based on a report generated by the University of North Carolina at Charlotte’s Department of Criminal Justice and Criminology, about 60 percent of convicted burglars said the presence of a security system deterred them from burglarizing that particular home and they instead found ones without it. It can similarly be deduced that a well-lit exterior will influence burglars to move on to another house. Preventative Tip: Install a home security system and landscape lighting system to reduce your chances of being a burglary victim. If you don’t have a security system installed, a yard sign or a window sticker claiming that you do have security system makes criminals think twice about even stepping onto your property.

2. Most break-ins are committed by burglars who live nearby. 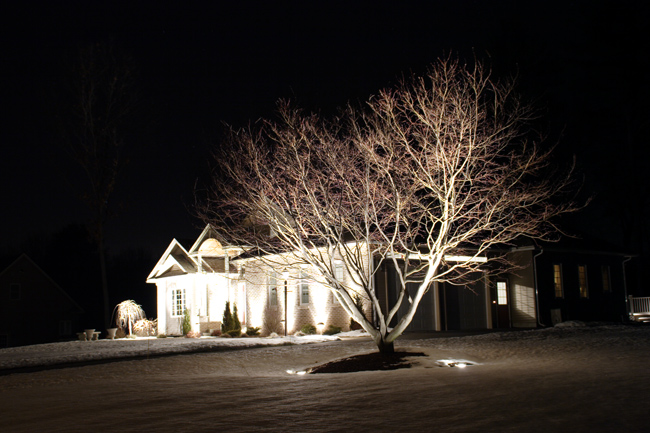 According to security experts, burglars tend to live within two miles of the targeted home. In fact, according to the US Department of Justice’s Bureau of Justice Statistics, 65 percent of the attackers knew their victim. Because they live so close, they can easily learn your daily habits, when you go to work, run errands, and leave for vacation using tell-tale signs such as lack of lighting, an unmowed lawn, and an overflowing mailbox. Preventative Tip: Have someone take care of your home when you’re out of town—your landscaping, mail, trash, and use a landscape lighting timer to illuminate your property from dusk until dawn.

3. Criminals can burglarize a home in less than ten minutes. 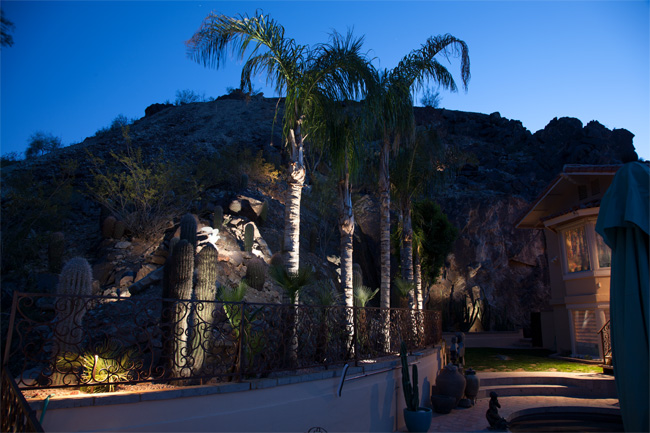 Easy targets are the name of the game for burglars. They want to be in and out as quickly as possible. In fact, most burglars are in and out of your home in less than ten minutes, according to security experts—that’s all it takes. Preventative Tip: Make it difficult and cumbersome for intruders to break in. Add landscape lighting around the perimeter of your property so they have nowhere to hide as they approach your home. Remember to lock all windows and doors. And finally, consider adding a home security system or establishing a community watch group.

4. Nearly 30% of burglars enter through an unlocked door or window—34% through the front door. 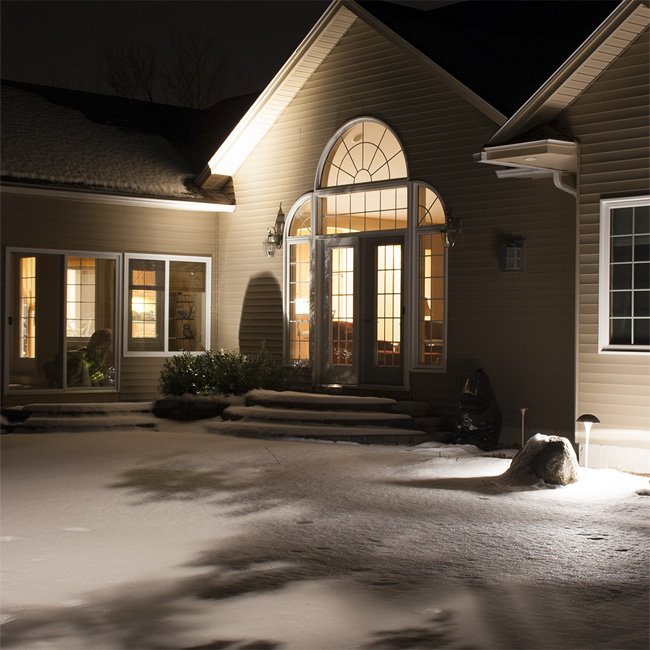 This seems like a no-brainer, but a shocking number of burglars gain access to homes through open or unlocked entrances. First floor windows and doors are highly targeted, especially when a burglar can be concealed behind overgrown vegetation. Burglars also aren’t shy about walking through the front door—34 percent enter this way, according to the International Home Inspectors Association. Preventative Tip: Keep all entry points closed and locked. Make your home less of a target by keeping shrubs and trees trimmed and lit with landscape lighting. A key objective with landscape lighting is also to draw the eye to focal points of the house, this includes the front door. If the front door is lit, it will keep intruders far away from this access point. 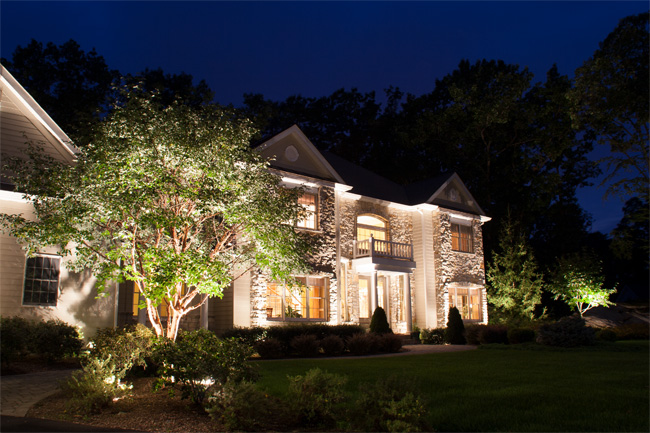 According to the latest FBI report, burglary victims in 2016 lost $3.6 billion in money and assets, and about 70 percent of the properties were residential. Preventative Tip: There’s a landscape lighting solution for almost every budget. Your investment in a quality landscape lighting system—not only beautifies your home, makes it usable at any hour, adds to its overall value, and keeps you safe and your belongings secure—it pales in comparison to the cost of losses and damages suffered from an attack.

6. Someone is home during nearly three out of ten burglaries. 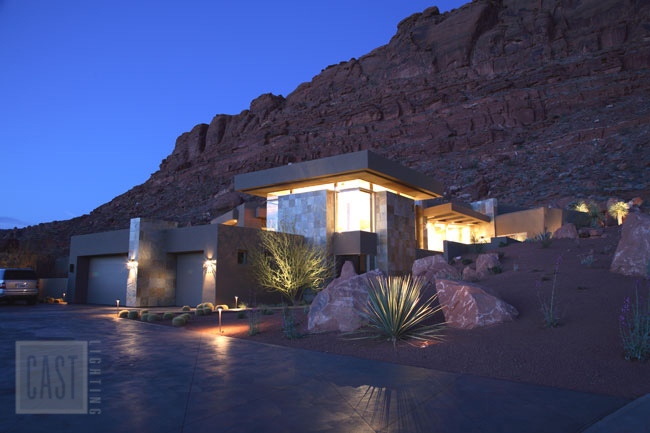 Coming home to a burglarized home is scary enough, but victims that are present during a home burglary is next-level frightening. According to a crime victimization survey conducted by the U.S. Department of Justice, a household member is present during about 28 percent of burglaries, and 7 percent of these victims experienced some type of violent crime. This is inexplicably traumatic and preventable. Preventative Tip: Make sure to arm your security system even when you’re at home. Lock all doors and windows, and keep your landscape lighting on as soon as the sun goes down.

7. Less than 14% of burglaries resulted in arrests. 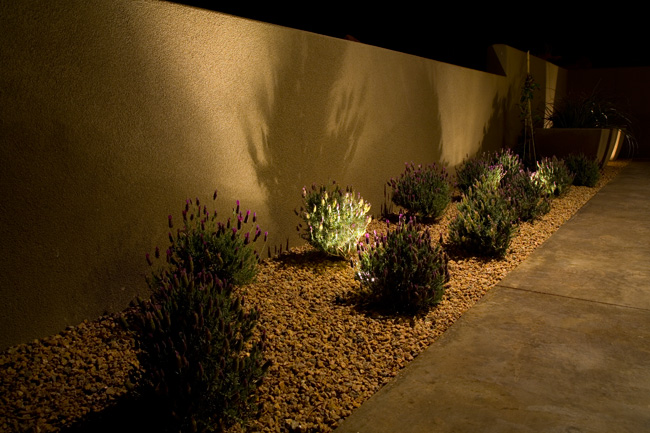 Burglaries can be incredibly difficult crimes to solve. According to the FBI, less than 14 percent in 2014 resulted in arrests due to lack of witnesses or hard evidence. Those are pretty small numbers. Preventative Tip: Home security solutions are advancing in strides. However, their image-capturing feature is only as good as the lighting used to shed light on an intruder—and being caught and identified on camera is key. A shadow or pixelated image of a burglar isn’t incriminating enough evidence; it needs to be irrefutable. As a homeowner, you have the power to choose a home security solution in conjunction with a high-quality landscape lighting system to put a stop to burglars.

Lighting is Your First Line of Defense

As you can see, there are several compelling facts advocating the design and installation of landscape lighting. This, in conjunction with a home security system and the implementation of common sense security practices in the home, are your best defense against intruders, burglary, and any other unwanted criminal activity. We hope that you found this blog post helpful, and reassuring that there are many things homeowners can do to be proactive and stay safe.

A Concise Guide to Tree Uplighting

What Is the Best Material for Outdoor Lighting Fixtures?