Stay one step ahead of the intruders 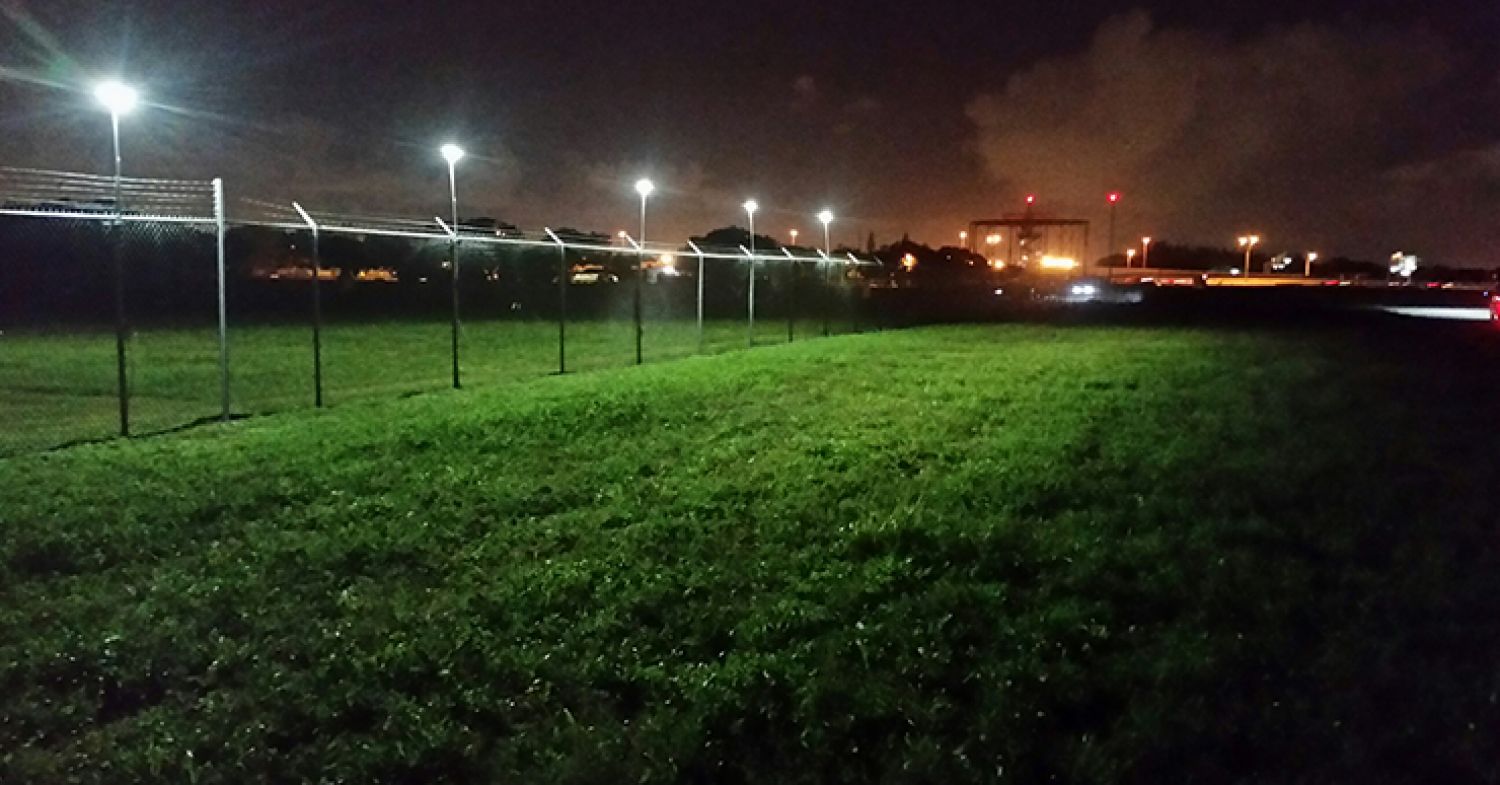 Stay one step ahead of the intruders

Are you fully covered?

There are no special ingredients for a complete security system. However, the negligence of key factors can have a bad impact. Perimeter security consists of a fence, cameras, sensors, intrusion detection system, and effective illumination. Although fences are mounted outside the premises they act as the first line of defense for your security. Usually, guards monitor disturbances on perimeter security radar. But the next question is, do they have everything in their sight or not?

Some of the most common flaws in perimeter security include inadequate security equipment, old fashioned technology, shadows, blinding glare, overly bright illumination, and uneven distribution of light. CAST Perimeter Lighting addressed these issues before anyone else recognized them. We designed our lighting fixtures to reduce glare and reflections thus increasing the quality of camera imagery. As a result, security personnel can detect the smallest of movements quickly.

We try our best to deliver the most innovative technology. For this reason. CAST Perimeter Lighting has won many awards over the years. But technology is always progressing and further advancement is necessary.

CAST Perimeter Wall Pack Light is a compact design fixture with several benefits. Firstly, it is quick to install subsequently, it saves time and labor costs. Secondly, it consumes just a fraction of energy compared to the usual lighting products. CAST Perimeter Wall Pack Light is applicable on numerous sites< /p> The LED light is equipped with a thermal layer to withstand extreme temperatures. The recommended range is -40 to +55 degrees Celsius. Furthermore, it is surge and spike protected to resist any voltages spike. Therefore, you need not worry about any voltage fluctuations. See everything on your perimeter security radar

With our years of experience, we can assure you that evenly distributed robust lighting can intimidate intruders. They will think twice before even making their move. As there is no chance of getting near the fence without appearing on perimeter security radar. Therefore, do not settle for traditional lighting when you can have the best!

As mentioned above, CAST Perimeter Wall Pack Light is deployed at many sites. Some of the preferred properties are Commercial, Municipal, to illuminate building perimeters or pathways. Also, Walls, and alleyways of highly secure areas and buildings.

In short, CAST Perimeter Wall Pack Light is the ultimate solution for glare-free illumination. Quickly installed and consumes very little energy, what else do you want? Light up your fence now to have a clear view of your property on perimeter security radar. If you are interested in reading about technical information then you can refer to the product page and download the product sheet. Remember, if it’s not lit, it’s not secure!

Light up your infrared fence alarms and perimeter security systems