The Need for Better Security Lighting 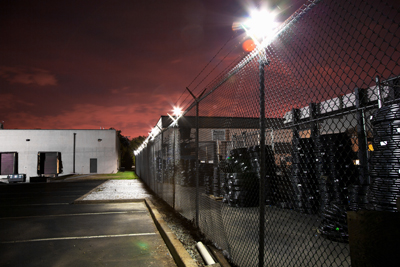 Without a doubt, everyone understands the need exists to deliver low-level, glare-free, even light distribution across the perimeter fence lines to protect critical assets and people in a way that works with the human eye, the physical surroundings, and current surveillance technology. Thousands of miles of perimeter fencing are installed annually in order to protect personal property, critical infrastructure, and individuals from theft, vandalism, and harm. Typically a perimeter fence is the first layer of defense, but really, perimeter security lighting should be today’s first line of defense. Since most disturbances occur under darkness, adding perimeter lighting becomes an essential part of every security plan. The role of lighting is to deter, detect, and detain individuals—in that order. Before the introduction of the CAST Perimeter™  Security Lighting system, installing lighting along the fence line was expensive and limited to installing high-voltage lighting products that were designed in another era for entirely different applications such as roadways, off ramps, athletic fields, parking lots, and buildings.

The issue is, however, that according to independent studies on crime conducted by the Illinois Coalition for Responsible Lighting, shadows, blinding glare, overly bright nighttime illumination, and uneven illumination are key contributors to creating unsafe situations.

The Need for Security Lighting Isn’t Being Met 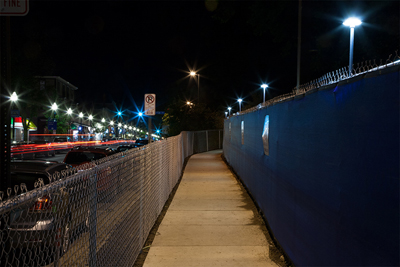 Pole, street, and parking lot lights were never designed specifically for perimeter security lighting camera systems or on-site security personnel. Rather, these lighting products were merely adapted to meet the need for “security lighting.” Often times, legacy pole-mounted systems deliver way too much light, creating a slew of potential problems including shadows where intruders can hide, uneven light distribution that disorients the eye, blinding glare that renders security personnel ineffective, and causing the surrounding unlit areas to become even darker. Thus, a need was identified for better-targeted perimeter security lighting that integrated with human eye and today’s camera technology.

How Does the Human Eye Registers Light?

The human eye is amazing. It has a natural mechanism that adjusts the iris of the eye to open and close automatically to maximize what the eye can see. When you walk outside during the day, the iris quickly adjusts and constricts to optimize your sight. If exposed to an excessive amount of light suddenly, the rods and cones of the eye go into protective mode and filter the light. You may recognize this as spots and mild disorientation until the eye can adjust. The opposite happens at night where there is little to no light. In this case, the iris naturally opens to its maximum level to allow the most light in, allowing you to see at night. The human eye does all this on its own without any control by the human. Thus, to navigate and survey your surroundings effectively at night, you don’t need as much light as you’d think. So, why spend more money investing on excess lumens, power, and infrastructure only to produce a light level that is ineffective in most security lighting applications? This is the common mistake most people fall victim to when considering security lighting. As a result, the security lighting goal now becomes twofold. The first objective is to create the perfect interaction with human eye for optimal performance; the second is to create the right light setting for CCTV camera operation.

The Death of “More is Better”

Traditional lighting design has always followed the thought: “More lighting is better.” Many lighting designers today continue designing to specifications using outdated lumen and lux values that were developed in the 1990s, way before the advent of LEDs, precision optics, and complete comprehension of the interaction between light and the human eye. One important factor that has been ignored over the years is that the human eye will always adjust itself to light levels that are far too bright. As a result, over-lighting has become the industry standard as is the case with most pole-mounted security lighting; unnecessary expenses are made on equipment, energy, and resources that only cause the site to become darker in the surrounding unlit areas, creating hiding places for intruders, and consequently, an environment that is more unsafe overall. While this lighting is adequate for a parking lot or a roadway, it’s unacceptable for security lighting. The solution is to match the optimal and natural light level for the human eye to the onsite camera systems. Providing an evenly-distributed, lower level, glare-free lighting system is the goal of any optimized perimeter security lighting system.

A Bright Idea is Born 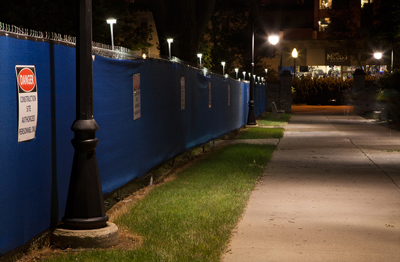 Our patented CAST Perimeter™ Security Lighting system is the first low-voltage fence-mounted security lighting solution designed from the ground up around the needs of security professionals, intrusion detection systems, closed-circuit camera systems, the outdoor environment, and interaction with the human eye specifically for perimeter security lighting. The first-of-its-kind, the dedicated low-level glare-free perimeter fence illumination system has evolved into an internationally-recognized industry leader and innovator. The CAST Perimeter™ is a seven-time national industry award recipient and continues to set the industry standard. Now, with the introduction of the third generation series—which produces glare-free zones, tactical glare, infrared, and field-tunable infrared—the bar has been set even higher. All of this provides precisely the right lighting solution to meet the exact needs of our customers’ site and security-specific application.

Perimeter Intrusion: 4 Problems that Make You an Easy Target for an Intruder